Tips for Gun Dog Success and Your Hunting Retriever 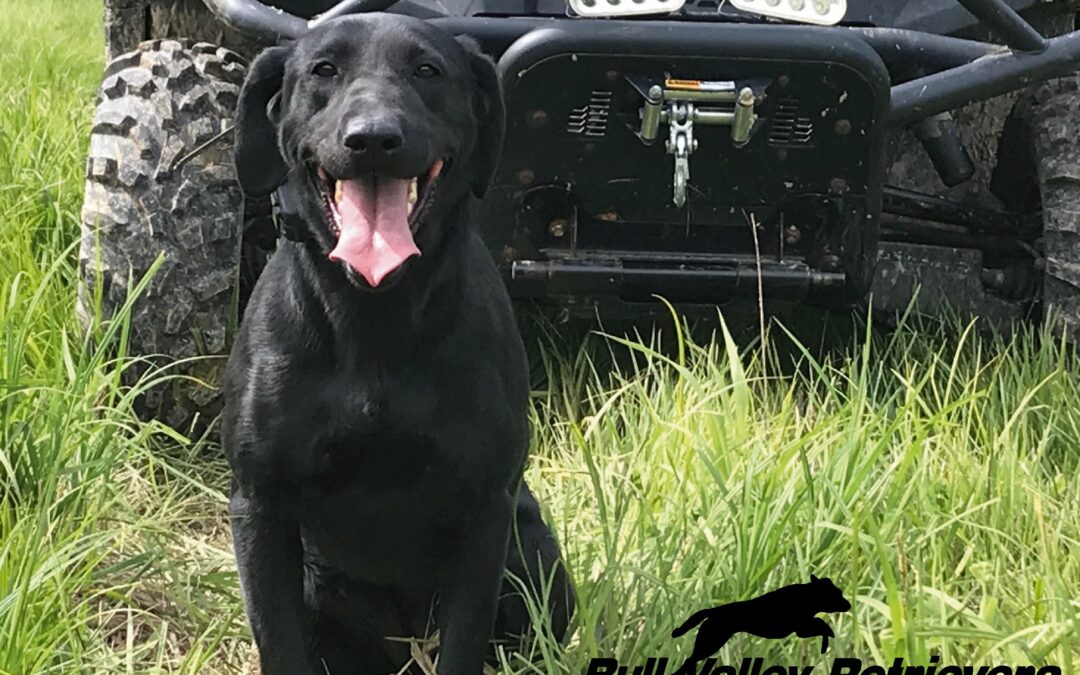 Gun Dog Success can be one of the most rewarding experiences, but at times also one of the most frustrating.  Tips for training your hunting retriever are discussed here.

Steady First, Retrieve Later
Many hunters make the mistake of moving past basic obedience in favor of countless retrieves without restraint.  Only after the dog has been encouraged to chase after a dummy with enthusiasm do hunters attempt – with great frustration – to steady the animal.   Instead, your dog should first be proficient at “stay” with non-retrieves.  In this way, your dog will not expect to retrieve everything that falls.  When emphasis is placed first on steadying, the dog also learns to offer calm behaviors, instead of hyperactive enthusiasm for retrieving game.  In training, make your dog sit and watch dummies for 10 – 30 minutes before you send him or her to retrieve them.  Additional benefits of this practice include improved knowledge of hand signals, better blind retrieves, and less hard-headed independence.

Recall
Gun Dog Success starts before your dog ever steps foot in the field, he or she should be proficient at coming on command.  Again, this problem is directly caused by placing more emphasis on retrieves than on obedience.  A dog that is well-trained for recall will obey the command no matter the distraction – including falling game.

Personality
Once you have purchased a dog, you cannot change its personality.  However, a common problem among hunters who train their own dogs is that today’s retrievers have more personality than their ancestors from 50 years ago.  Instead of calm and gentle personalities, today’s breeders seek to produce dogs that are well-suited to field trials, meaning most retrievers are hyperactive and stubborn.  If your dog is too much to handle for your level of expertise, do not hesitate to seek the help of a professional dog trainer.  The money will be well worth the decreased frustration.

Electronic Collars
Electronic training collars are powerful tools that, when used properly, are unparalleled for putting the finishing touches on a hunting dog.  However, when used improperly they can produce just as many problems as they solve.  Unfortunately, many dog owners who are untrained in their proper use turn to electronic collars and create anxious, fearful dogs.  The electronic collar should never be used as a first resort, and dog owners should beware that if you cannot train your dog without the collar, the chances of successfully training him or her with electronic stimulation are slim.  Before turning to an e-collar to solve a problem with basic obedience, turn to a professional dog trainer first.

Good Bloodlines
There are two ways to produce a good hunting dog:  through extensive training, and through breeding.  Ultimately, a dog with good bloodlines that is properly bred will be easier to train than an animal with inferior qualities.  For instance, a quality-bred Labrador Retriever should naturally have a soft mouth that does not require force-fetch training.  The tendency of breeders to produce dogs with a genetic predisposition to a hard mouth increases the amount of training required, while also perpetuating this trait.

Two other traits that are continually masked by training instead of circumvented by selective breeding are hyperactivity and cooperation (or lack thereof).  While the hyperactive dog can be extensively trained to be under control, his or her puppies will have this trait.  The same can be said for dogs that are hard-headed.  Instead, retrievers with sensitive natures struggle with electronic collar training, and they are considered poor candidates for further training, thus removing this beneficial trait from the gene pool.

Instead, hunters spend additional time training their dogs, when they could already be in the field.  While this point may not be beneficial for owners who have already purchased a hyperactive, stubborn dog with a hard mouth, one of the best tips for achieving Gun Dog Success is to seek a quality hunting lag pedigree and bloodlines with characteristics that predispose the dog to being receptive to training.