Hunting Dog Training at Bull Valley Retrievers has been in full speed for over 20 years. Their Northern Illinois Hunting dog training programs are tailored to fit just about any schedule or budget, while providing successful results! Keeping in mind that all dogs are not created equal, BVR will provide a program that will give your dog the highest chance of success at being the best he can be!

One on One Sessions

One on One sessions are designed to teach you and your dog the steps needed to progress. These sessions are approximately one hour and are held either weekly or bi-weekly at the handlers and trainers agreed upon session schedule. The number of sessions is dependent on how much the handler puts into working with the dog and the level of training the handler is expecting out of the dog.

This is a program that BVR will do the training. Typically an entry level, started hunting dog program will last 4 months and consists of the following:

If it’s one on one training for your Hunting Dog Training or if you prefer a Board and Train option, contact Bull Valley Retrievers for complete information and availability. It is highly recommended that you book One on One Training a couple weeks in advance and Board and Train should be reserved several months in advance. As a limited number of dogs are accepted for Board and Train and spots fill very quickly. 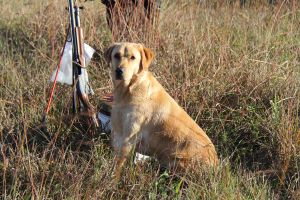